One more year, Palibex has been one of the most active companies in its collaboration with Movember 2019, international charity organization that has as objective to give support and visibility to masculine diseases like the cancer of prostate, the cancer of testicles or others related to the mental health.

#MovemberPBX is made up of workers and collaborators from this network, which specialises in the urgent transport of palletised goods, has once again topped the Movember ranking of companies, with a total of 4733 euros raised.

Palibex, which has been collaborating with this cause since its inception to create social awareness and promote healthy living habits, has been the company that has collected the most on several occasions, both in the team category and individually, as its founder and CEO, Jaime Colsa, is a Movember 2019 ambassador in Spain.

In this edition, the Network has encouraged all its contacts to make donations through social networks with the moustaches of their own employees (Mo Bros) as the protagonists, a fun proposal with which they have once again become one of the most supportive teams. 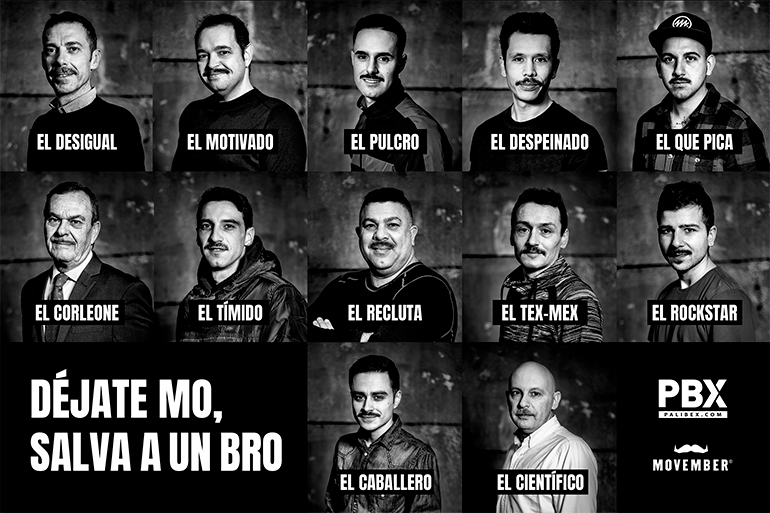 In previous years, Palibex has also carried out surprising actions to support Movember, among others, the interventions made by the artists Okuda or Antonyo Marest in its facilities of Madrid; the cession of one of its trucks to turn it into a mobile barber shop or the shaving or ‘shave down’ of its workers inside its warehouse. Likewise, its employees organized a football match between office and operational staff to meet the MOVE challenge, which encourages people to exercise in order to enjoy a healthier and longer-lasting life.

Today, more than 5 million people around the world collaborate with this international foundation which, since 2003, has funded more than 1,000 research programmes focusing on prostate cancer, testicular cancer, mental health and physical inactivity.